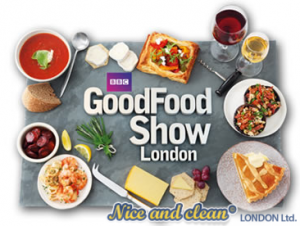 What could be the cold November days without a cup of hot tea and plenty of tasty food? Probably, London and the entire UK cannot even imagine that this could happen. And it will not, because the BBC Good Food Show is about to rock your tasty preferences just in few days. Well, considering the delicious things you will see and eat, probably, an increasing of the fest duration will be against all rules for not putting too much weight and too much calories on your heart. But let’s talk about tastier things and see more details over the upcoming BBC Good Food Show:

– The main idea behind the BBC Good Food Show is to host this year’s World Cheese Awards. According to the rumours, the event will invite almost 3 thousand competitors, who will be judged by 250 choosy experts. Apart from watching the cheese preparation and being a witness of most amazing techniques, you can also taste cheese types you couldn’t even imagine that exist today.

– The BBC Good Food Show will take part from 14th to 16th November 2014 year. On the other side, the awards will be probably taking only half of this time. 30 thousand of visitors are expected to come. We are sure the seats will be covered by all means.

– Price. Tickets vary from 13.75 to 26.75 according to the date. Children will be charged for less and the last day of the BBC Good Food Show will be totally free of charge for them.

– Where? – Again the Olympia London, Hammersmith Road, Kensington will become the arena of the biggest excitement in the British Capital. If you’re not from the city, don’t worry. There are plenty of budget-friendly hotels nearby. As to the food, well, you will certainly get something for a bite from the fest!

– Specialties. The BBC Good Food Show will also invite the most reputable London chefs and participants in the cooking TV shows such as Great British Bake Off, Saturday Kitchen and MasterChef: The Professionals.

7 people a woman needs in her life

How to clean your fridge thoroughly – manual